Is there a cure for type 1 diabetes?

Educate teachers, school personnel and other child care providers about taking care of your child with type 1 diabetes. Download this helpful guide now.

Diabetes can strike anyone, from any walk of life. And it does – in numbers that are dramatically increasing. Today, more than 34 million Americans have been diagnosed with diabetes. Worldwide, more than 463 million people have diabetes.

So just what is diabetes?

Diabetes is a serious condition that causes higher than normal blood sugar levels. Diabetes occurs when your body cannot make or effectively use its own insulin, a hormone made by special cells in the pancreas called islets (eye-lets). Insulin serves as a “key” to open your cells, to allow the sugar (glucose) from the food you eat to enter. Then, your body uses that glucose for energy.

But with diabetes, several major things can go wrong to cause diabetes. Type 1 and type 2 diabetes are the most common forms of the disease, but there are also other kinds, such as gestational diabetes, which occurs during pregnancy, as well as other forms.

What is Type 1 Diabetes?

In type 1 diabetes, the body’s immune system attacks the insulin-producing islet cells in the pancreas. The islet cells sense glucose in the blood and produce the right amount of insulin to normalize blood sugars. This attack on the body’s own cells is known as autoimmune disease. Scientists are not sure why the autoimmune attack happens.

But once the insulin-producing cells are destroyed, a person can no longer produce their own insulin. Without insulin, there is no “key.” So, the sugar stays in the blood and builds up. As a result, the body’s cells starve. And, if left untreated, high blood sugar levels can damage eyes, kidneys, nerves, and the heart, and can also lead to coma and death.

So type 1 diabetes must be treated through a daily regimen of insulin therapy.

What are the Warning Signs of Type 1 Diabetes?

The onset of type 1 diabetes happens very quickly. The following symptoms may appear suddenly and are too severe to overlook:

Type 1 diabetes is treated by taking insulin injections or using an insulin pump or other device. This outside source of insulin now serves as the “key” — bringing glucose to the body’s cells. The challenge with taking insulin is that it’s tough to know precisely how much insulin to take. The amount is based on many factors, including:

These factors change a lot throughout every day. So, deciding on what dose of insulin to take is a complicated balancing act. If you take too much insulin, then your blood sugar can drop to a dangerously low level. This is a called hypoglycemia and it can be life-threatening.

If you take too little insulin, your blood sugar can rise to a dangerously high level. Your cells are not getting the sugar, or energy, they need. This is called hyperglycemia. As mentioned above, high blood sugar levels can lead to the long-term complications and can also be life-threatening.

Today, a wide range of computerized diabetes devices are available to help people better manage their blood sugar levels while research toward a cure for diabetes moves forward.

What is Type 2 Diabetes?

People with type 2 diabetes are able to produce some of their own insulin. Often, it’s not enough. And sometimes, the insulin will try to serve as the “key” to open the body’s cells, to allow the glucose to enter. But the key won’t work. The cells won’t open. This is called insulin resistance. Type 2 diabetes is typically tied to people who are overweight with a sedentary lifestyle.

What are the Warning Signs of Type 2 Diabetes?

Treatment for type 2 diabetes focuses on improving ways to better use the insulin the body already produces to normalize blood sugar levels. Treatment programs for type 2 diabetes focus on diet, exercise and weight loss. If blood sugar levels are still high, medications are used to help the body use its own insulin more efficiently. In some cases, insulin injections are necessary. 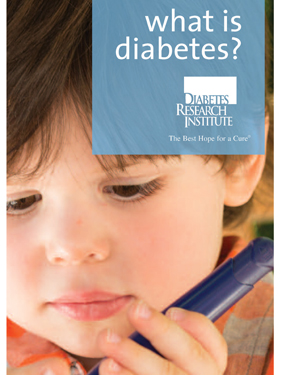 Get more answers to your questions about type 1 diabetes, type 2 diabetes and gestational diabetes symptoms and treatments. (In Spanish: ¿Que es La Diabetes?). 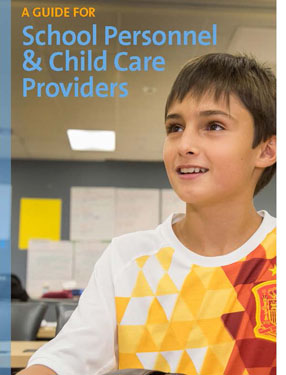 Educate teachers, school personnel and other child care providers about taking care of your child with type 1 diabetes. 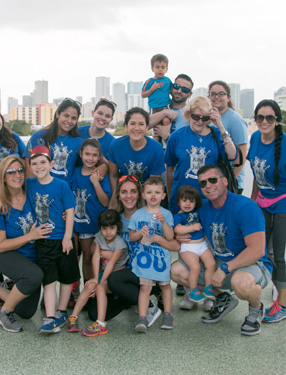 Get news about research toward a cure, diabetes management tips, information for parents of children with type 1 diabetes and more. Sign up and become a DRI Insider today!

BE A DRI INSIDER